The History of Stonewall Wines

The Stonewall Wines cellar is situated on a picturesque farm at the foot of Helderberg mountain near Somerset West, dating back over two centuries. The farm was bought in 1873 by the De Waal family who promptly changed the name from Verdruk Mij Niet (Don’t oppress me) to a more upbeat Happy Vale. The actual Cape Dutch Homestead however dates back to 1853. The farm then became the property of De Waal Koch, grandson of owner Koos De Waal’s brother, in 1984. Koch is the fourth generation to farm here and today continues to do so alongside his son, also De Waal.

By Cape standards, Happy Vale is not particularly old, the land having been deducted from the adjoining Scholtzenhof in 1824 when it was granted to Daniel Wouter Malan. This means that all the buildings belong to the period when the Cape was a British colony, a fact that is confirmed by several of the opstal’s characteristics. The L-shaped homestead, for instance, has a small narrow gable, somewhat resembling an English dormer window, whose spandrel walls rest on rafters. The vertically divided door and the tall sash windows with fairly large panes and internal shutters are essentially Cape Georgian in style. The date on the gable – 1853 – comes as no surprise for the gable is typical of the last period of these adornments at the Cape.

Beside the homestead stands an impressively beautiful wine cellar with an elegant late neoclassical gable. Daniel Malan built the cellar, and his initials, together with the date 1828, appear below the gable’s very narrow pediment. On the gable face there are plaster stars, swags and a crescent moon; urns decorate the pilaster tops and instead of the usual solder window there is a small door with a curved top. The cellar is larger than the homestead; it has enormous arched doors and a long, low stoep. 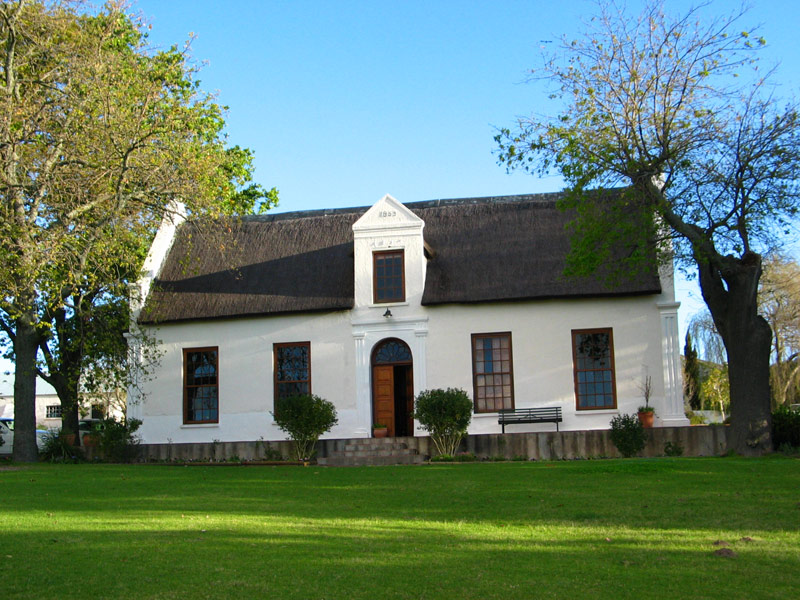 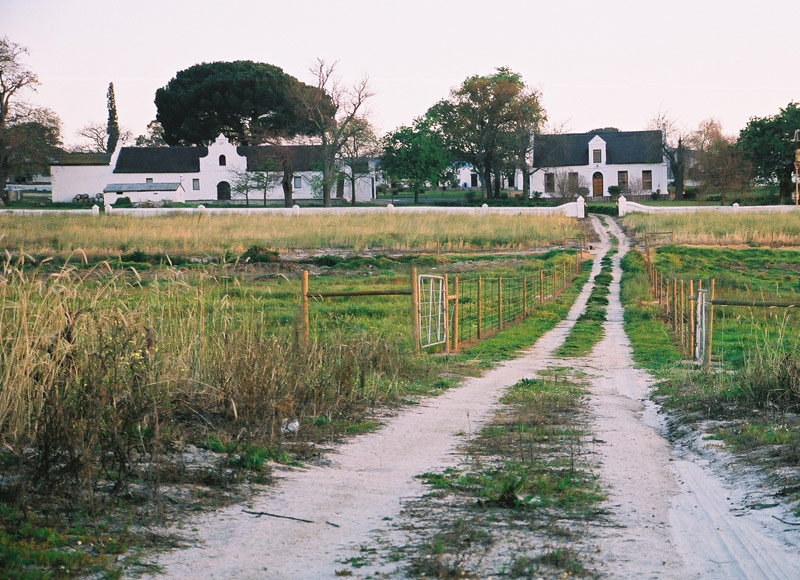 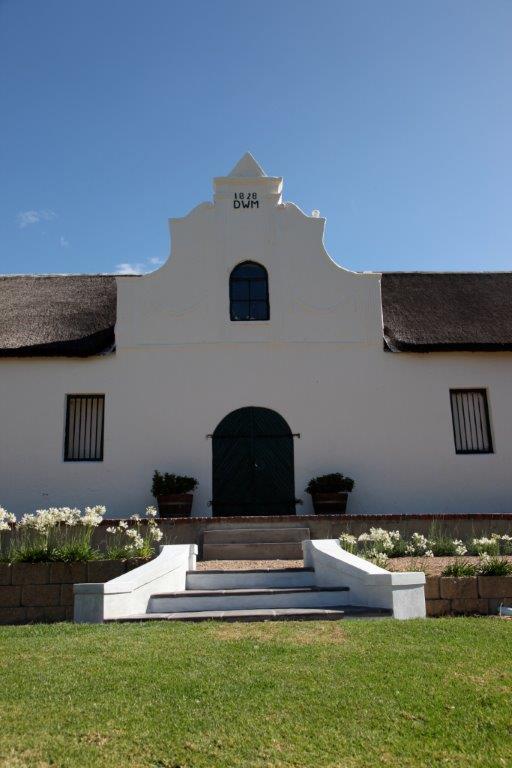 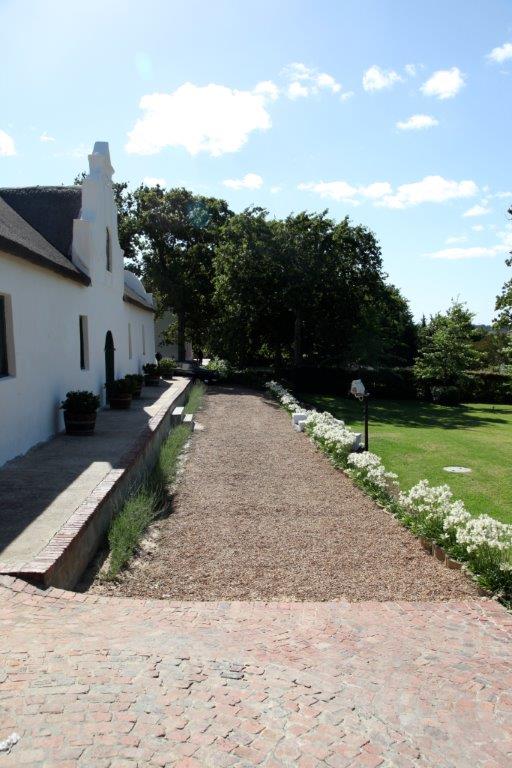 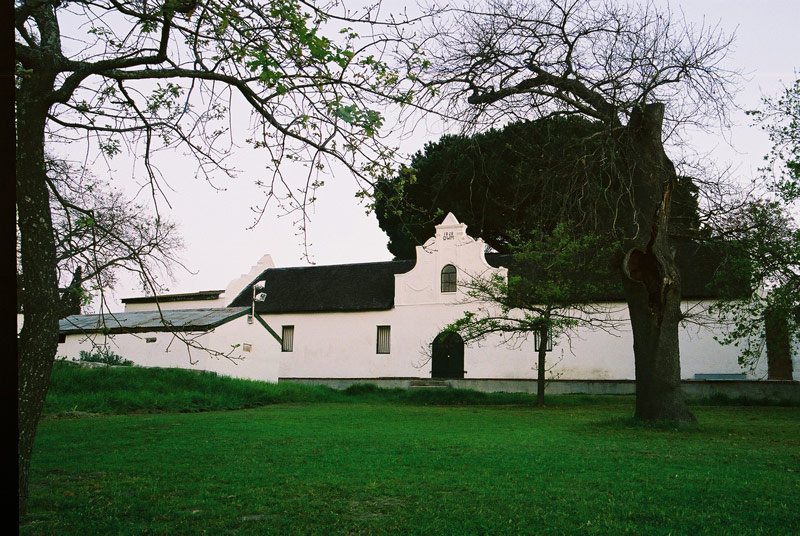 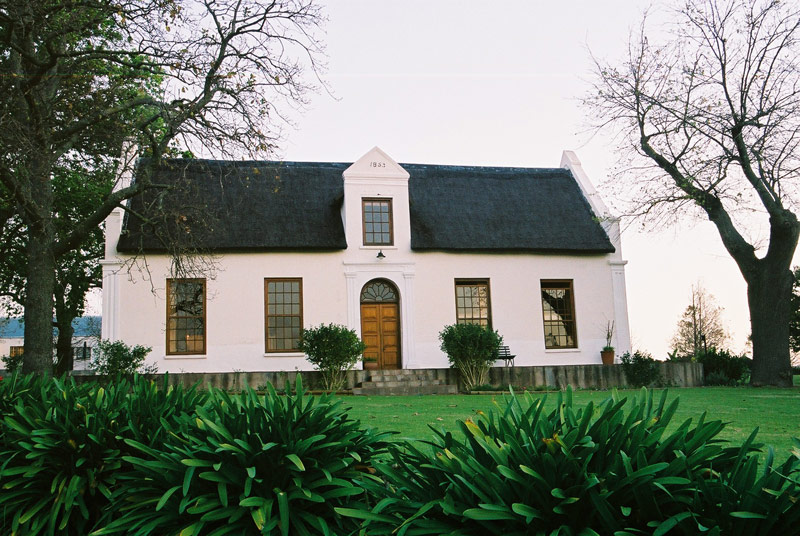 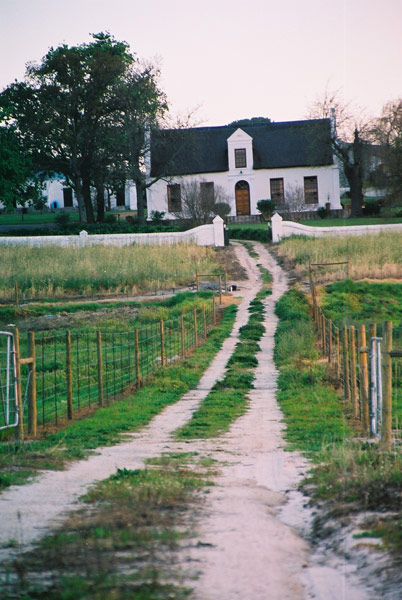 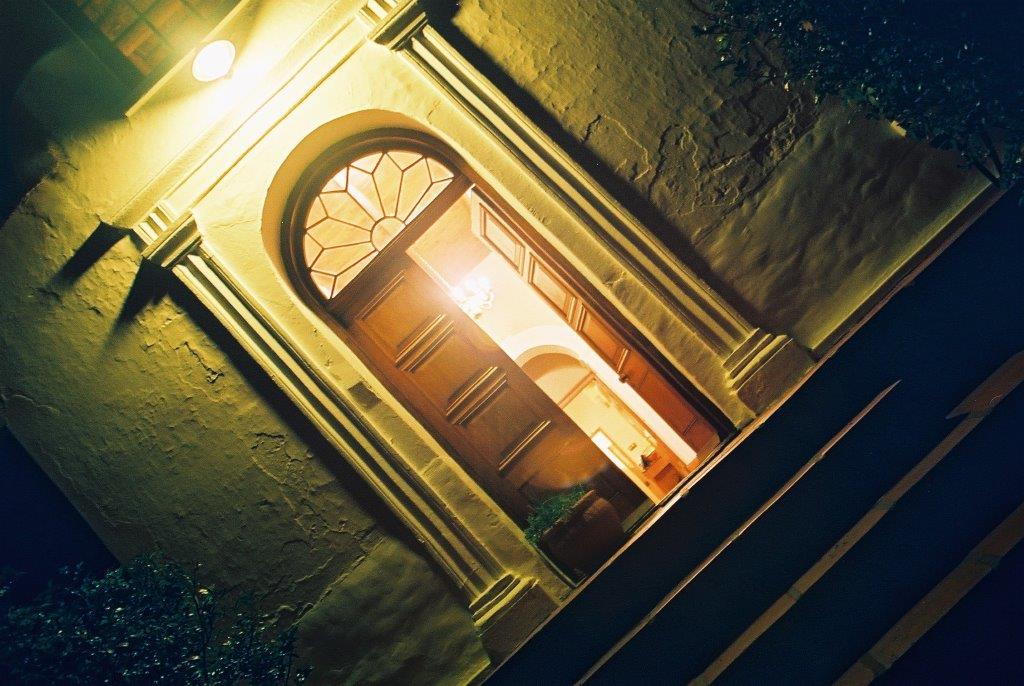 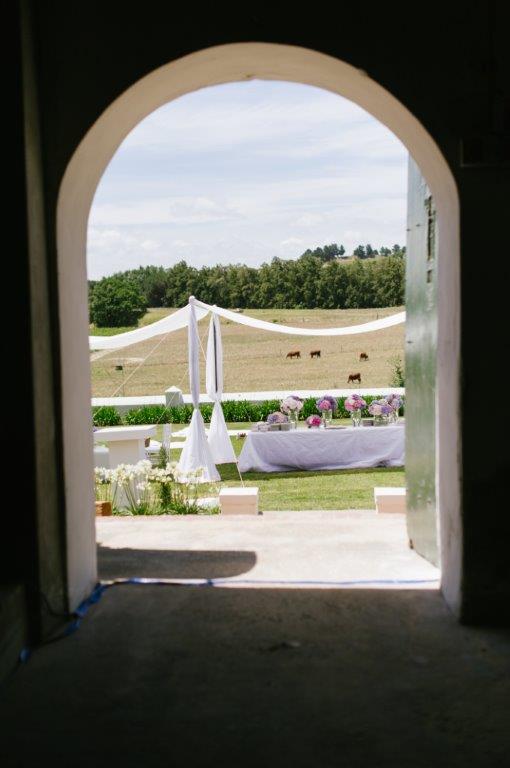